Sort by:
Date added, newest to oldest Date added, oldest to newest Name, A to Z Name, Z to A Price, low to high Price, high to low 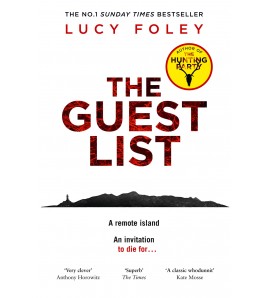 A Promised Land is extraordinarily intimate and introspective—the story of one man’s bet with history, the faith of a community organizer tested on the world stage. Obama is candid about the balancing act of running for office as a Black American, bearing the expectations of a generation buoyed by messages of “hope and change,” and meeting the moral challenges of high-stakes decision-making.

Becoming is Michelle Obama’s story, of how she moved from a girl on the South Side of Chicago to becoming one of the most powerful women in the world. But in the final pages of the book, Obama writes, “It’s all a process, steps along a path. Becoming requires equal parts patience and rigor.” Here, Obama is pushing us to reckon with our own becomings – to realise our own story and to have the power to tell it.

Andre Aciman's Call Me by Your Name is the story of a sudden and powerful romance that blossoms between an adolescent boy and a summer guest at his parents’ cliffside mansion on the Italian Riviera. Each is unprepared for the consequences of their attraction, when, during the restless summer weeks, unrelenting currents of obsession, fascination, and desire intensify their passion and test the charged ground between them. Recklessly, the two verge toward the one thing both fear they may never truly find again: total intimacy. It is an instant classic and one of the great love stories of our time.Winner of the Lambda Literary Award for Ficition

Bill Campbell played an instrumental role in the growth of several prominent companies, such as Google, Apple, and Intuit, fostering deep relationships with Silicon Valley visionaries, including Steve Jobs, Larry Page, and Eric Schmidt. In addition, this business genius mentored dozens of other important leaders on both coasts, from entrepreneurs to venture capitalists to educators to football players, leaving behind a legacy of growing companies, successful people, respect, friendship, and love after his death in 2016.

Leaders at Google for over a decade, Eric Schmidt, Jonathan Rosenberg, and Alan Eagle experienced firsthand how the man fondly known as Coach Bill built trusting relationships, fostered personal growth - even in those at the pinnacle of their careers - inspired courage,

How can we have better relationships?In this Sunday Times bestseller, leading psychotherapist Philippa Perry reveals the vital do's and don'ts of relationships. This is a book for us all. Whether you are interested in understanding how your upbringing has shaped you, looking to handle your child's feelings or wishing to support your partner, you will find indispensable information and realistic tips in these pages. Philippa Perry's sane, sage and judgement-free advice is an essential resource on how to have the best possible relationships with the people who matter to you most.

Rujuta Diwekar is amongst the most followed nutritionists globally, and a leading health advocate. Over the past decade, her writings have decisively shifted food conversations across the country away from fads and towards eating local, seasonal and traditional. Her mantra, ‘eat local, think global’, blends the wisdom of our grandmothers with the latest advances in nutrition science for sustainable good health for all.

This is a collection of some of her most-loved writings on:

- Superfoods in the kitchen

Most of us have no idea what’s really going on inside our heads. Yet brain scientists have uncovered details every business leader, parent, and teacher should know—like the need for physical activity to get your brain working its best.

How do we learn? What exactly do sleep and stress do to our brains? Why is multi-tasking a myth? Why is it so easy to forget—and so important to repeat new knowledge? Is it true that men and women have different brains?

In Brain Rules, Dr. John Medina, a molecular biologist, shares his lifelong interest in how the brain sciences might influence the way we teach our children and the way we work. In each chapter, he describes a brain rule—what scientists know for sure about how our brains work—and then offers transformative ideas for our daily lives.

What’s the single most important thing you can do during pregnancy? What does watching TV do to a child’s brain? What’s the best way to handle temper tantrums? Scientists know.

In his New York Times bestseller Brain Rules, Dr. John Medina showed us how our brains really work—and why we ought to redesign our workplaces and schools. Now, in Brain Rules for Baby, he shares what the latest science says about how to raise smart and happy children from zero to five. This book is destined to revolutionize parenting. Just one of the surprises: The best way to get your children into the college of their choice? Teach them impulse control.

In 'The Hidden Life of Trees', Peter Wohlleben shares his deep love of woods and forests and explains the amazing processes of life, death and regeneration he has observed in the woodland and the amazing scientific mechanisms behind these wonders, of which we are blissfully unaware. Much like human families, tree parents live together with their children, communicate with them and support them as they grow, sharing nutrients with those who are sick or struggling and creating an ecosystem that mitigates the impact of extremes of heat and cold for the whole group. As a result of such interactions, trees in a family or community are protected and can live to be very old. In contrast, solitary trees, like street kids, have a tough time of it and in most cases die much earlier than those

Beyond race or class, our lives are defined by a powerful, unspoken system of divisions. In Caste, Pulitzer Prize-winning author Isabel Wilkerson gives an astounding portrait of this hidden phenomenon. Linking America, India and Nazi Germany, Wilkerson reveals how our world has been shaped by caste - and how its rigid, arbitrary hierarchies still divide us today.With clear-sighted rigour, Wilkerson unearths the eight pillars that connect caste systems across civilizations, and demonstrates how our own era of intensifying conflict and upheaval has arisen as a consequence of caste. Weaving in stories of real people, she shows how its insidious undertow emerges every day; she documents its surprising health costs; and she explores its effects on culture and politics.

While most people operate with only three degrees of action-no action, retreat, or normal action-if you're after big goals, you don't want to settle for the ordinary. To reach the next level, you must understand the coveted 4th degree of action. This 4th degree, also know as the 10 X Rule, is that level of action that guarantees companies and individuals realize their goals and dreams.

The 10 X Rule unveils the principle of "Massive Action," allowing you to blast through business clichŽs and risk-aversion while taking concrete steps to reach your dreams. It also demonstrates why people get stuck in the first three actions and how to move into making the 10X Rule a discipline.

Another murder. Another mystery.The brand new thriller from the No. 1 Sunday Times bestselling author of The Hunting Party.On a remote island, guests gather for the wedding of the year – the marriage of Jules Keegan andWill Slater.Old friends.Past grudges.Happy families.Hidden jealousies.Thirteen guests.The wedding cake has barely been cut when one of the guests is found dead. And as a storm unleashes its fury on the island, everyone is trapped.All have a secret. All have a motive.

Get ready to fall for this year's most extraordinary love story
Quinn and Minnie are born on New Year's Eve, in the same hospital, one minute apart.Their lives may begin together, but their worlds couldn't be more different.Thirty years later they find themselves together again in the same place, at the same time.What if fate is trying to bring them together?Maybe it's time to take a chance on love...